This 6-day trip is ideal for travelers looking to unwind yet still experience the natural wonders of the country. You'll learn to prepare traditional Costa Rican cuisine and visit a coffee plantation near Arenal, and have the chance to spot monkeys and other wildlife during a night walk in Monteverde. Spend your last full day ziplining and exploring the cloud forest by day, before heading back to San Jose for your flight home.

Welcome to Costa Rica, the land of pura vida! After arriving at Juan Santamaria International Airport, in the capital of San José, a local representative will meet you and escort you to your hotel. The rest of the day you'll have free to explore the city at your own pace.

Take a stroll through Mercado Central (Central Market), the largest in the city, with over 200 shops, food stalls, and sodas (traditional restaurants). These sodas are perfect spots for an inexpensive lunch of casado—a traditional dish of rice, beans, and meat, served with tortillas. Then visit the Catedral Metropolitana (Metropolitan Church), whose interior combines Greek Orthodox, Neoclassical, and Baroque styles, and features wood carvings and stained-glass windows.

Be sure to explore Barrio Amón, a historic neighborhood home to cafetalero (coffee grower) mansions built during the late 19th and early 20th centuries. Many of this area’s historic buildings have been converted into hotels, restaurants, and galleries, making Amón a popular bohemian district. For dinner, you might want to opt for a restaurant in the hills of Escazú. This elevated region on the western edge of the city offers panoramic views of the valley below. No matter where you go, though, the whole city is filled with delectable restaurants serving everything from traditional local to forward-thinking fusion cuisine.

After breakfast, it's on to La Fortuna, best known as the base for exploring the Arenal Volcano National Park. Located north of the Tilaran Mountains, the cone-shaped Arenal juts out above the San Carlos Plains. Along the way, you'll visit a Coffee Plantation in the village of Naranjo where you'll learn about one of the country's most important exports, coffee, seeing how it's grown, harvested, and roasted.

After check in at your hotel, you'll have the rest of the day to explore on your own.

If you want to get close to the volcano, kayaking or stand-up paddleboarding on Lake Arenal (optional) provides spectacular views of its peak. Or, opt for a zip lining tour through the forest canopy, where you'll cross canyons, and take in the Fortuna and Pino Blanco Waterfalls, along with the majestic Arenal Volcano.

Here are a few restaurant recommendations for your stay in La Fortuna:

After breakfast in La Fortuna, you'll begin today's adventure with a visit to La Fortuna Waterfall Reserve, where a heavy annual precipitation gives you the chance to enjoy a stunning 210-foot waterfall. As you descend downhill on the trail, you'll get a chance to see the falls from the very bottom where a natural pool awaits if you want to swim in the fresh water of La Fortuna River.

In the afternoon, take a guided journey to the family-owned Arenal Vida Campesina Farm where you'll find several crops that Costa Rica is best known for: sugar cane, coffee, corn, yucca, cocoa, bananas, and plantains. The trip includes a visit to the mill for fresh-squeezed sugar cane juice and a taste of sugar cane liquor. Next, you'll head to restaurant La Guaria Morada for a cooking class on typical Costa Rican cuisine, followed by a family-style dinner.

After breakfast at your resort in La Fortuna, you'll transfer to the Monteverde region of Costa Rica. This is no ordinary route: you'll skip the drive and board a boat, which will take you across the tranquil waters of Lake Arenal. On this 3.5-hour boat ride, you'll have ample opportunity to spot local birds like herons and anhingas.

When you arrive at Monteverde, take the afternoon and evening to enjoy nearby Santa Elena, a charming town with Quaker influences known for excellent coffee and cheese. There are also plenty of dining options featuring delectable Costa Rican standards like ceviche and arroz con pollo (rice with chicken). In the evening, you'll have a chance to see nocturnal wildlife at its most active on a guided night tour of the Monteverde Cloud Forest Reserve. A naturalist will point out sloths, armadillos, and kinkajous, as well as sleeping birds and frogs.

Sky Adventures Monteverde Park is an aerial amusement park that literally raises jungle excitement to the next level. Its Sky Tram network of gondolas transport visitors from one adrenaline pumping activity to another. First, you'll start with a guided Sky Walk, which combines trails and suspension bridges that ultimately reach heights of up to 984 feet above the jungle canopy. The flora and fauna of the region will be on full display, and our specialized guides will point out the most interesting specimens. Later, you'll ride in an open-air Sky Tram gondola. During this journey, you'll ascend over the rainforest and enjoy sweeping views over the mountains.

Upon reaching the end of the line, the exhilarating adventure of whizzing down the mountain begins. You will connect to a zip-line cable that stretches over the treetops and across canyons, ultimately returning you to the starting point at Sky Adventures' main building. Sky Trek is regarded as the most thrilling zip line in the country, and this makes sense considering that Monteverde is the birthplace of the canopy tour as we know it.

After breakfast in Monteverde, you'll begin the 4.5-hour return drive to the capital city of San José. Once you check into your hotel, you will have the rest of night to explore, perhaps taking advantage of anything you may have missed at the beginning of the trip. 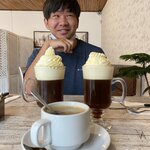 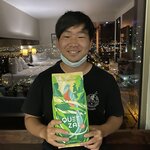 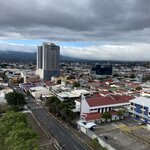 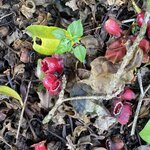 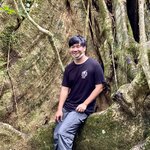 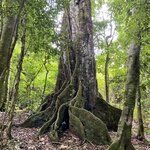 This exciting 6-day itinerary is perfect for travelers who want to...

This 6-day trip is ideal for travelers looking to unwind yet still...

Perfect for nature lovers and first-time travelers to Costa Rica, this...

Head to the Monteverde region if you want to experience a distinct...
Costa Rica 6-Day Tours & Itineraries

How Many Days Should You Spend in Arenal?

Arenal Volcano National Park (along with the gateway town of La Fortuna)...

Where to Eat in La Fortuna, Costa Rica

After a day of trekking around the enormous Volcan Arenal, there are...

In the northern Costa Rican lowlands sits Volcan Arenal, a monolith that...

This mountain town needs no introduction to those familiar with the...
Best of Arenal/La Fortuna

How Many Days Should You Spend in Monteverde?

Monteverde is one of the Central American nation's most popular...

R
Roxanne Z.
Colorado, United States
"Adriana created such a memorable 2 week anniversary trip for us and will definitely use Kim Kim again for touring countries. The Costa Rican hospitality is ..." read more
Traveled to Costa Rica as a couple in October, 2021

Kim M.
Virginia, United States
"This is one of multiple trips that I've planned through KimKim, and I'm pleased as I've been every time prior. Adriana was very patient and helpful with plan..." read more
Traveled to Costa Rica as a couple in September, 2021
Create your custom-made trip to Costa Rica
Get Started