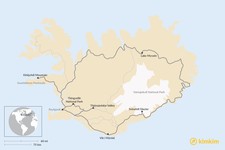 As Game of Thrones fans already know, Westeros is a fictional continent, home to the famous Seven Kingdoms and the uncharted, snow-covered territory beyond. In reality, much of the hit show was filmed in Iceland, and you can visit many of these stunning locations on your next trip to the real land of ice and fire.

Game of Thrones in Iceland

The fantasy world of Game of Thrones has attracted millions of fans during its seven-season run. And while the series is filmed all over the world - Ireland, Morocco, and Croatia all make an appearance - you can spot Iceland’s iconic scenery in nearly every season. From a glacier that stands in as the land beyond The Wall, to the geothermal cave made famous by Jon Snow and Ygritte, Iceland’s otherworldly landscape is omnipresent on Game of Thrones. 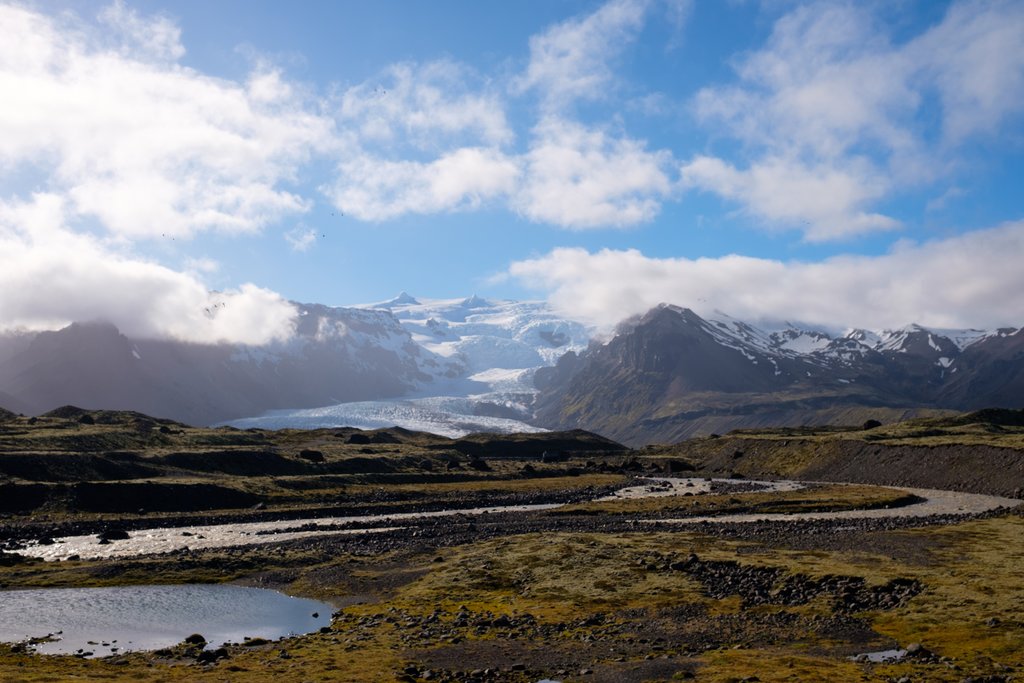 This UNESCO World Heritage Site, also part of the famous Golden Circle, is about a 40-minute drive northeast of Reykjavik. While it holds special significance for Icelanders - it's where the first Viking parliament was established, giving birth to their nation - Game of Thrones fans will recognize it as the place where Brienne and The Hound fight in Season 4.

At Stekkjargjá fault, reachable via the Skógarkotsgata trail, Petyr Baelish and Sansa Stark pass through the Bloody Gate to visit her aunt, Lysa Arryn. Remember the scene where Ygritte carves spears in a canyon and Styr arrives with a group of Thenns in the first episode of Season 4? That was filmed in the Hvannagjá rift in Thingvellir. 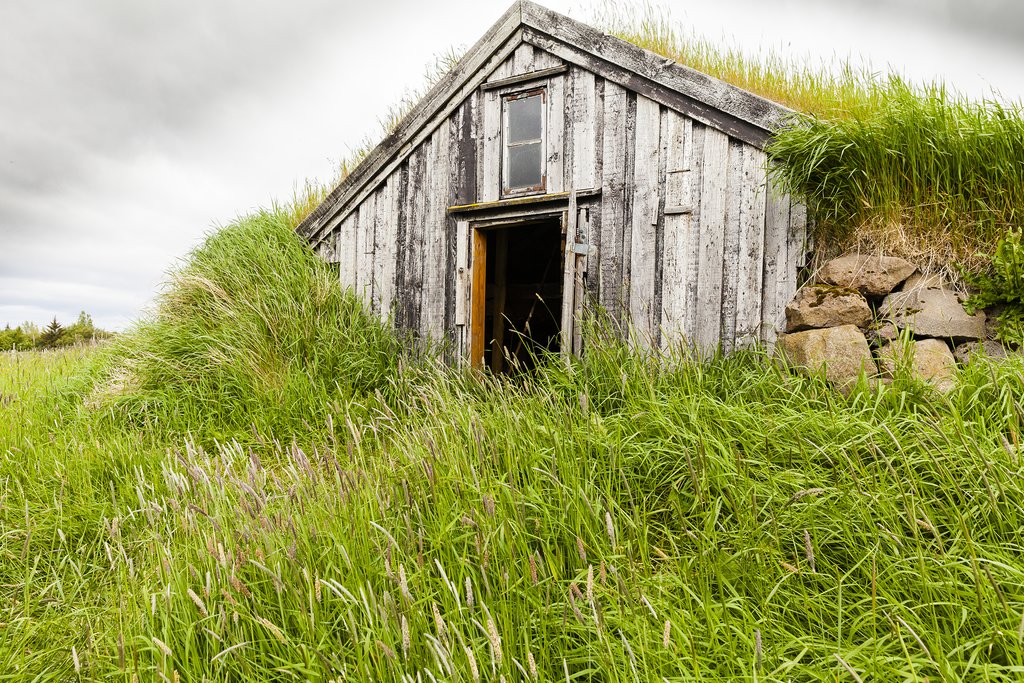 Inland from Thingvellir, east along Route 32, is Thjóðveldisbærinn Stöng: a reconstructed Viking-era village of turf-covered houses. In the show, it is the site of the bloody massacre where a group of Wildlings, including Tormund, Ygritte, and Magnar, attack a small village south of The Wall and kill everyone except a small boy named Olly.

This valley is also the location of the snowy voyage of Jon Snow, Ygritte, and the free folk in Season 3.  In the idyllic Gjáin, Arya meets with The Hound who taught her to use the sword.

Plan your trip to Iceland
Customize your trip with help from a local travel specialist.
Plan Your Trip 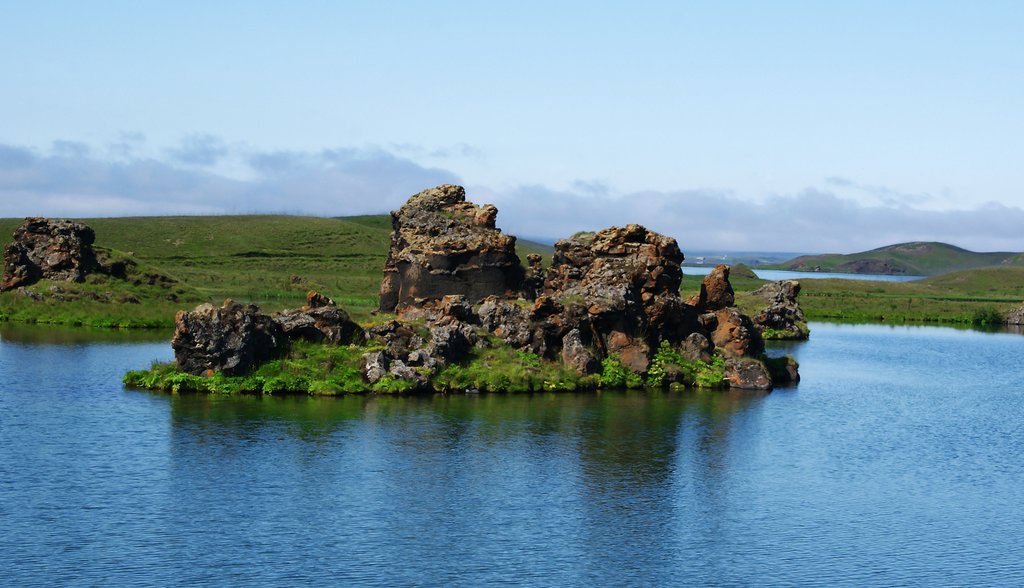 This beautiful volcanic lake in Northern Iceland and its surrounding area is the site of numerous Game of Thrones scenes, including the Kálfaströnd Peninsula - its lava pillars appear in Jon Snow’s journey beyond The Wall in Season 3. Also, the black rock formations of the Dimmuborgir lava field is where Mance Rayder sets up camp and where Samwell Tarly and Lord Commander Mormont are attacked by White Walkers.

But the crown jewel of the Lake Mývatn area has to be Grjótagjá, a small lava cave with a thermal spring inside. In the TV series, it's where Jon Snow and Ygritte share a steamy love scene - but in reality, only the establishing shots are of the cave. Because its water is too hot for anyone to swim in (around 122 °F!) the scene was actually filmed in a studio.

And finally, if you continue east on Route 1, you will reach the Hverir geothermal field of bubbling mud holes and fuming soil. The creators of Game of Thrones used the hot steam rising from the ground to create the illusion of a blizzard. 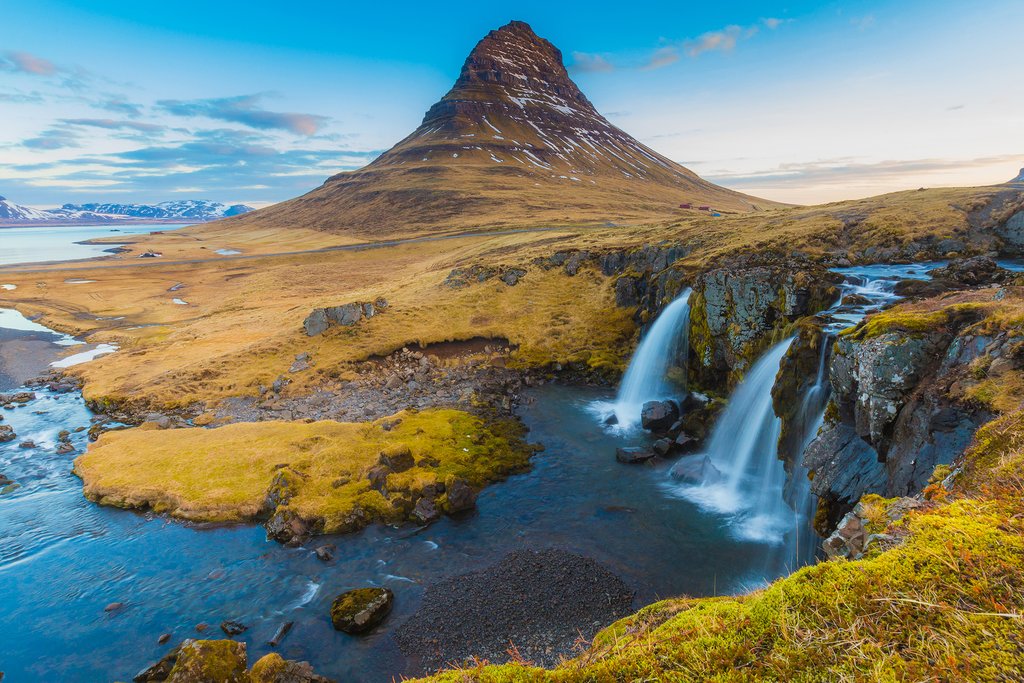 The jaw-dropping Kirjufell mountain, together with the nearby Kirkjufellsfoss waterfall, is perhaps the most photographed landscape in Iceland. Located on the Snæfellsnes peninsula in West Iceland, it's known as Arrowhead Mountain in Game of Thrones - one of the landmarks beyond The Wall. It is also the birthplace of the Night King, and you can spot Kirkjufell in Season 6 when Bran meets the Night King and his army. 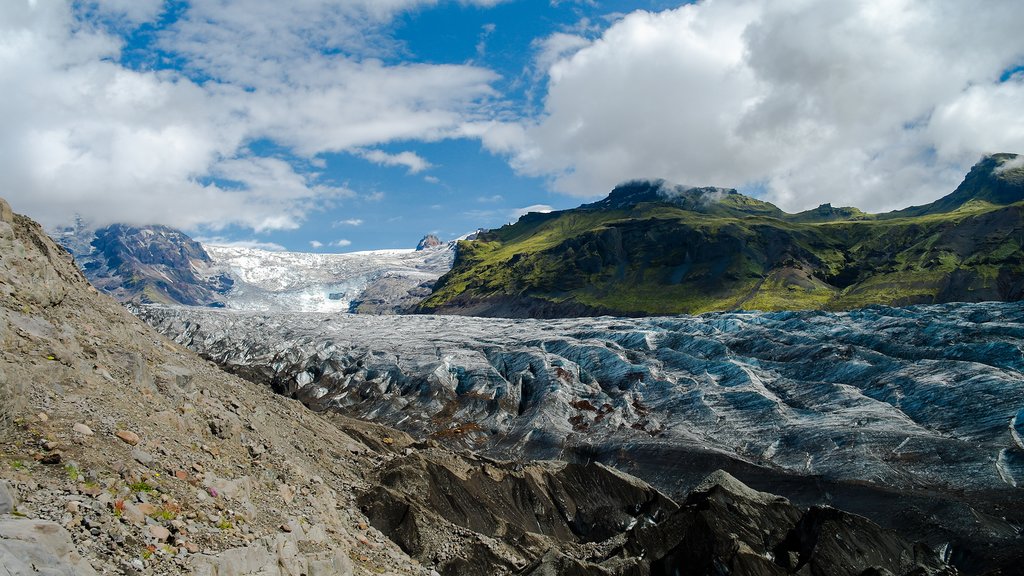 The rugged blue ice of this glacier, south of Skaftafell, makes for quite the otherworldly landscape. It is here where Jon Snow and the Night’s Watch catch Ygritte in Season 2; the exact spot is actually just a few meters away from the parking lot of the glacier. This stunning glacier is somewhat of a favorite of Hollywood moviemakers: you may also recognize it from the blockbuster Interstellar. 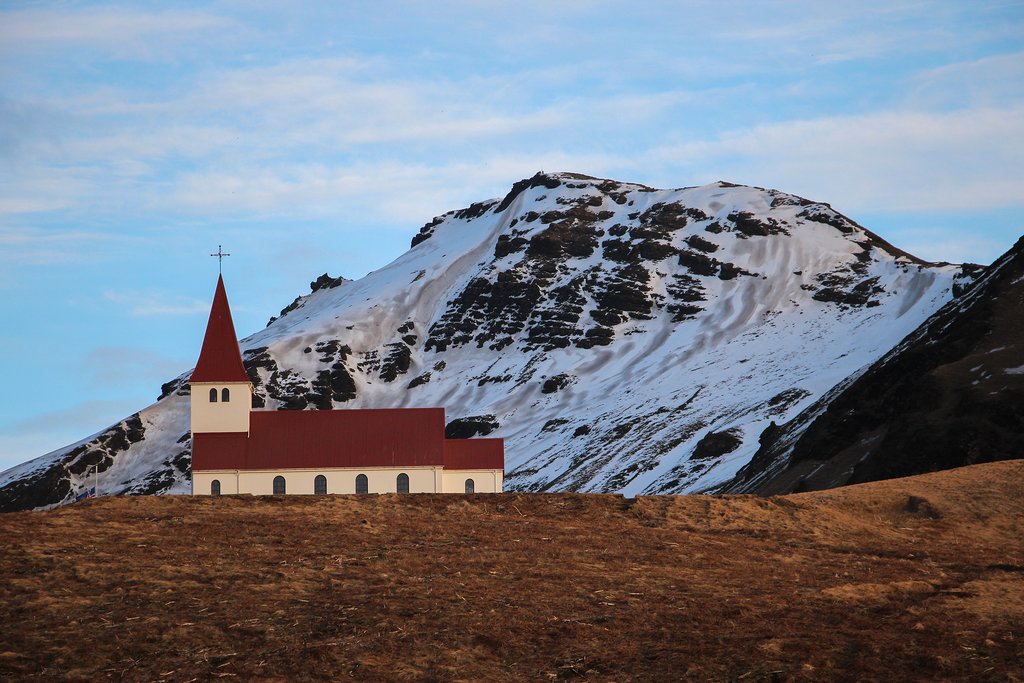 The Myrdal glacier and the wondrous Höfðabrekkuheiði hiking area, located north of the village of Vík, portray the frozen wastes of northern Westeros and the Frostfang mountain range in the far north. This is the location of the Fist of the First Men, a landmark beyond The Wall, where Sam finds buried Dragonglass in Season 2.

A little further south from the glacier, you'll find the small mountain range Hafursey and the outwash plain Mýrdalssandi, where Lord Commander Mormont and a group of Night’s Watchmen stopped for a meeting with Qhorin Halfhand.

The best of eastern and southern Iceland awaits on this 11-day...

Travelers with 12 days to spend in Iceland have plenty of options. You...

Follow an arc from eastern to western Iceland via the north coast on...

Packed with exciting activities from the off-beat to iconic experiences,...

Explore the wonders of western and southern Iceland on this...

Pamela S.
New York, United States
"We had such an incredible trip to Iceland. Even though it was short we managed to squeeze in so many fun activities. We ended up going to the sky Lagoon inst..." read more
Traveled to Iceland as a family in August, 2022

Kevin S.
Colorado, United States
"Michele, our local specialist was fabulous! He went out of the way for us when we were called home early due to some issues at home. He made all the last m..." read more
Traveled to Iceland as a couple in July, 2022

Amber G.
Illinois, United States
"We had the best time in Iceland! Every single attraction Terry set on our daily itinerary and paid adventures were so beautiful and fun. We decided to boo..." read more
Traveled to Iceland as a couple in July, 2022

Danielle N.
California, United States
"We can't speak more highly about Emanuela and the services she provided for us. We had originally planned our trip with her for May 2020, and when covid hit..." read more
Traveled to Iceland as a group in May, 2022

Phyllis S.
Canada
"Terry was great to work with and very patient as we tweaked our plans. Her advice was helpful and she made great suggestions we might not have discovered on..." read more
Traveled to Iceland as a couple in July, 2022
Plan your trip to Iceland
Customize your trip with help from a local travel specialist
Plan Your Trip