The Northern Lights are breathtaking…and elusive. Follow these tips to increase the chances you will see Mother Nature’s glorious display.

The Northern Lights, or Aurora Borealis, is one of Mother Nature’s most spectacular sights. The northern half of Iceland, close to the Arctic Circle, is one of the best places to see this nightly show. Keep an eye on the Aurora Service forecast, an all-volunteer group of Northern Lights fans who report sightings and areas of likely activity. You can even sign up to be texted alerts as much as an hour ahead of expected Northern Lights activity.

Here are a few tips for viewing the Northern Lights when in Iceland.

Visit Between September and March

During this time of year, the skies are usually clearer and darker, clouds fewer, and temperatures MUCH colder. The lights are known to come in groups of nights. They may appear for two or three nights and then fail to show for the next two or three. If you travel to northern Iceland during the Polar nights, in the days around the winter solstice in December, it’s possible that you might even see the Northern Lights at midday.

Get Away from the City

Urban centers like Reykjavik have all-night streetlights and light pollution from cars and homes at night. The skies must be clear and totally dark to get the best views of the Northern Lights. At the very least, head a few miles outside of the city to find clearer skies, or drive 3 hours away to the remote town of Thórsmörk and stay overnight in a volcano hut (read more about it here). Even better, book a tour that will take you miles out to sea on a two hour boat ride ensuring an undisturbed view of this amazing natural sight.

Plan your trip to Iceland
Customize your trip with help from a local travel specialist.
Plan Your Trip

Take an Air Iceland flight from Reykjavik or Akureyri to the secluded north Iceland island of Grímsey. The Northern Lights are most visible inside the Arctic Circle, which cuts through the middle of Grímsey. Grímsey Island itself has just 2 hotels, 1 shop and lots of uninhabited open countryside. If you are the hardy, outdoorsy type, bring a tent and camp out in the undisturbed wilderness of this small North Atlantic island. Accommodation options:Malahorn Guesthouse & Basar Guesthouse.

Rental cars are readily available in Reykjavik and other major towns across the country and can be rented with a foreign drivers license. Keep the car filled with fuel and be ready to drive wherever the Aurora Service forecasters say you are most likely to see these elusive lights. You could find yourself driving to Þingvellir National Park, the town of Álftanes just outside of Reykjavik, or the rural wilderness of the northwest. Just be aware: The Aurora Borealis is notoriously unpredictable and can appear when you least expect them--and last only a few seconds.

Sometimes the human eye cannot see the different colors of the Northern Lights because of the weather or intensity. When you find a great secluded spot away from light pollution, set-up your high resolution camera and aim it to the skies. Make sure that your camera is set to long exposure capture. When you view the photos, even if you couldn’t see the flashing colors of the lights, your camera probably did. Enjoy your awe inspiring photos! 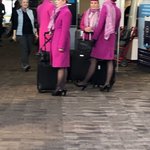 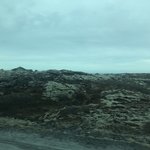 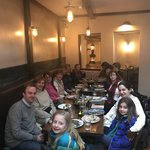 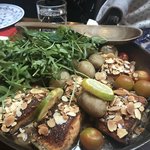 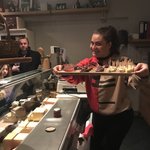 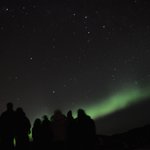 How to Tour the Golden Circle Like a Local

It's no secret that Iceland is drawing more and more visitors every...
Iceland Travel Advice

With seven days in Iceland, hit the road and explore the incredible...

Spending 13 days in Iceland offers you plenty of time to hit the road...

This 14-day self-drive tour of Iceland takes you on an excursion to some...

This relaxed, 10-day road trip is perfect for outdoor-loving families...

This thirteen-day driving tour of Iceland takes you to some of the...

See the magic of Iceland's Ring Road with this 13-day self-drive tour....

Jacob G.
Alabama, United States
"This was the best trip of our lives! The travel agent, Terry, was amazing and planned our trip to the fullest extent possible! We will use her again in the f..." read more
Traveled to Iceland as a group in September, 2022

Eliza M.
Maryland, United States
"My sister and I had an amazing adventure driving all around Iceland. We are sure to come back as there is so much to see in this beautiful country." read more
Traveled to Iceland as a family in August, 2022

Scott D.
Washington, United States
"My wife and I had the most amazing trip to Iceland, and that was because of KimKim and our specialist Terry. Having never travelled to Iceland, I contacte..." read more
Traveled to Iceland as a couple in November, 2022

Kayla P.
Florida, United States
"What a great experience! Jenny was a perfect coordinator with our plans. She stayed in constant contact, if we had any concerns or questions. 100% recommend ..." read more
Traveled to Iceland as a family in November, 2022

Andrew T.
Texas, United States
"Lisbet did an incredible job planning our twelve day trip to Iceland. She really listened to our needs and gave us a very structured list that made planning..." read more
Traveled to Iceland as a couple in October, 2022
B
Barry G.
California, United States
"Overall, the planning and support by Eva of Iceland Untouched was terrific. We had a small hiccup in that the airport transfer for one of two couples on arri..." read more
Traveled to Iceland as a group in October, 2022
Plan your trip to Iceland
Customize your trip with help from a local travel specialist
Plan Your Trip