December isn't peak season in Nepal—but with clear, sunny skies and mild temperatures in many places, perhaps it should be. If you've been considering coming to Nepal at the start of winter, take the plunge with this monthly guide.

As with every month in Nepal, the climate varies enormously between the Terai, the mid-hills, and the high Himalaya. In Kathmandu, highs of 68°F can still be expected, and lows of 39°F on average. Pokhara is a few degrees warmer and the skies can be stunningly clear in December. In the Terai, fog is common but December can still be quite warm, with daytime temperatures as high as 83°F possible in the Chitwan area. Snowfall in the Himalaya can make trekking trails in the mountains much colder. There is practically no rain throughout Nepal in December.

Crowds on the most popular trekking trails, like Everest or Annapurna Base Camp, thin by December. Kathmandu and Pokhara also see a drop in visitors, and the Thamel and Lakeside districts of these cities (respectively) are noticeably quieter this month. Many hotels offer low-season discounts, although accommodation in some remote areas and on some trekking trails, such as Upper Mustang, completely shuts down.

Just because December sees a drop in trekkers doesn't mean hitting the trails isn't a good idea this month. Visibility is actually at its best in December. Greater preparations should be made for higher-altitude treks, such as taking warmer clothes and sleeping bags, and doing more research on any passes that may be blocked by snow.

You may experience cold nights on lower-altitude treks, but days are likely to be just right. However, places on the 'other' side of the Himalaya—such as Upper Dolpo or Upper Mustang—can be inaccessible, with extremely limited or no accommodation options. Opt for lower-altitude treks unless you're an experienced winter trekker.

Check out this article for the best winter trekking options in Nepal.

Unless you're a very experienced trekker or have spent a lot of time in the mountains during winter, the higher-altitude trekking trails should be skipped. Some local experts believe that winter (including December) is the best time to trek the lower Solu area (south of Everest), as well as the shorter treks near Pokhara. The Tamang Heritage Trail and Poon Hill treks are also good choices for winter, as they don't climb too high in elevation—see more details below.

Pokhara can be spectacular in winter, with clear mountain views from the city every day. If you want to spend some time in a Nepali city in December, pick Pokhara over Kathmandu as the air is clearer (and check out this article for some of the city's best things to do). You'll also enjoy clear mountain views from Nagarkot, a popular town near Kathmandu: here's a 5-day Nagarkot itinerary that's accessible in December.

Trekking, jungle safaris, cultural tours, mountain biking, and paragliding are all enjoyable during December, due to clear skies and cool temperatures in much of the country.

The Kathmandu International Mountain Film Festival is held every year in December. It showcases films from Nepal and around the world that focus on mountain communities and ecosystems, and lasts for several days. Read more about the festival on their website.

Lakeside Pokhara holds a street festival in the days leading up to the 31st of December.

New Year's Eve on 31st December is lively in the Thamel area of Kathmandu.

Traveling to Nepal in December? Check out these great itineraries.

Tamang Heritage Trail. Get to know the Tamang people while trekking amid green valleys and snow-capped mountains on this moderate seven-day trek just north of Kathmandu Valley.

Ghandruk Trek & Chitwan National Park. Combine two classic Nepal experiences: the Ghandruk trek in the Annapurna foothills and Chitwan National Park in the lowlands of Nepal. Chitwan National Park has a wide variety of wildlife, including tigers, rhinos, elephants, and many bird species. To end the tour, you'll overnight in Namobuddha for a beautiful vantage point over the Kathmandu valley before doing some last-minute sightseeing. 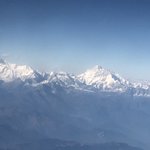 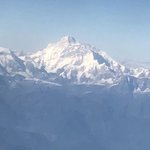 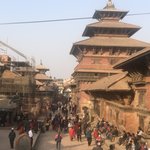 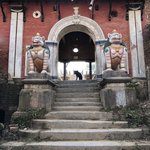 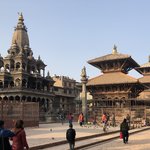 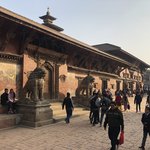