From cultural events featuring film and music to Reyvjavik's vibrant pride parade, the people of Iceland know how to throw a party. Read our list below of the country's top 6 annual festivals, and get ready to celebrate on your next trip to Iceland.

With a brief summer and a too-long winter, Icelanders certainly take advantage of festive moments. For such a small population - only 325,000 people live on the island - they manage a huge array of cultural and musical celebrations throughout the year. Here are some of the best festivals to check out while you’re in town. 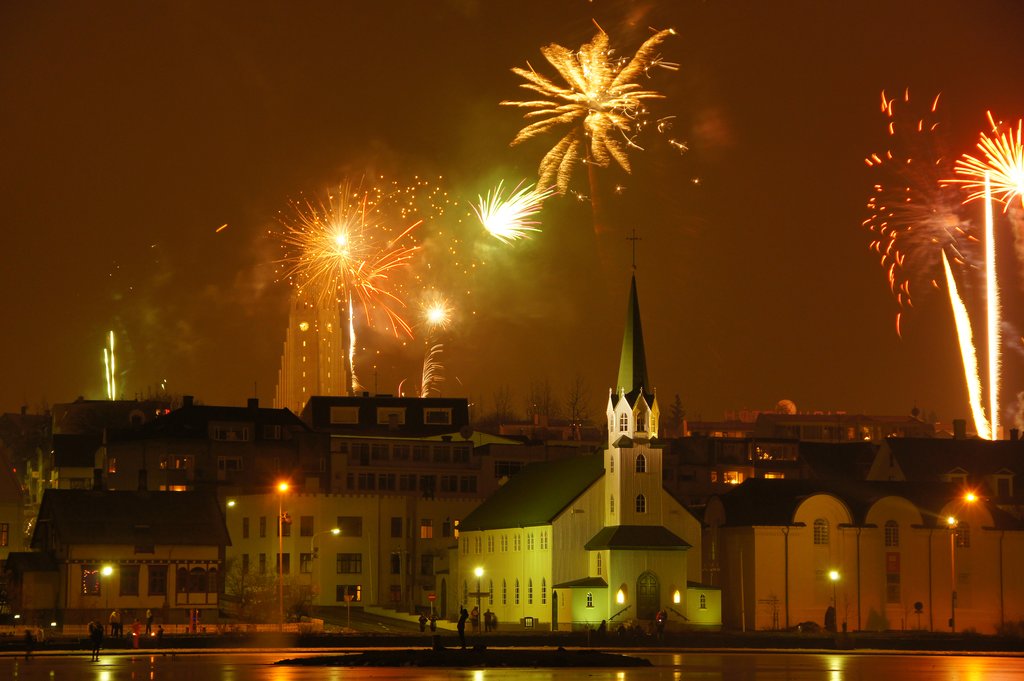 Culture Night in Reykjavik is a huge citywide celebration of art and culture in August each year. Downtown plays host to 300+ events, from theatrical performances to musical concerts, dance, and exhibitions. At any given moment, you might find yourself admiring aspiring Icelandic artists' work at the Gallery Port, or moving to the hip-hop grooves playing on Ingólfstorg. Better yet, all events, museums, gallery admissions and bus travel within the city are free during the festivities. Culture Night starts off with the Reykjavik Marathon and culminates in an impressive fireworks display at the Old Harbor.

Held in August each year, Reykjavik's Pride is a week-long celebration of LGBTQI culture that attracts up to 100,000 guests from all around the world. The streets of the city are painted in colorful rainbows, and all through town there are ceremonies, lectures, seminars, and musical tributes. You can even pick up a Pride Pass, your ticket to all official events at the Pride Service Center at Sudurgata 3. On Saturday, the Pride Parade goes out in full force and fabulous costumes. The route changes each year, but recently it's run from Hverfisgata to Hljómskálagarður Park. 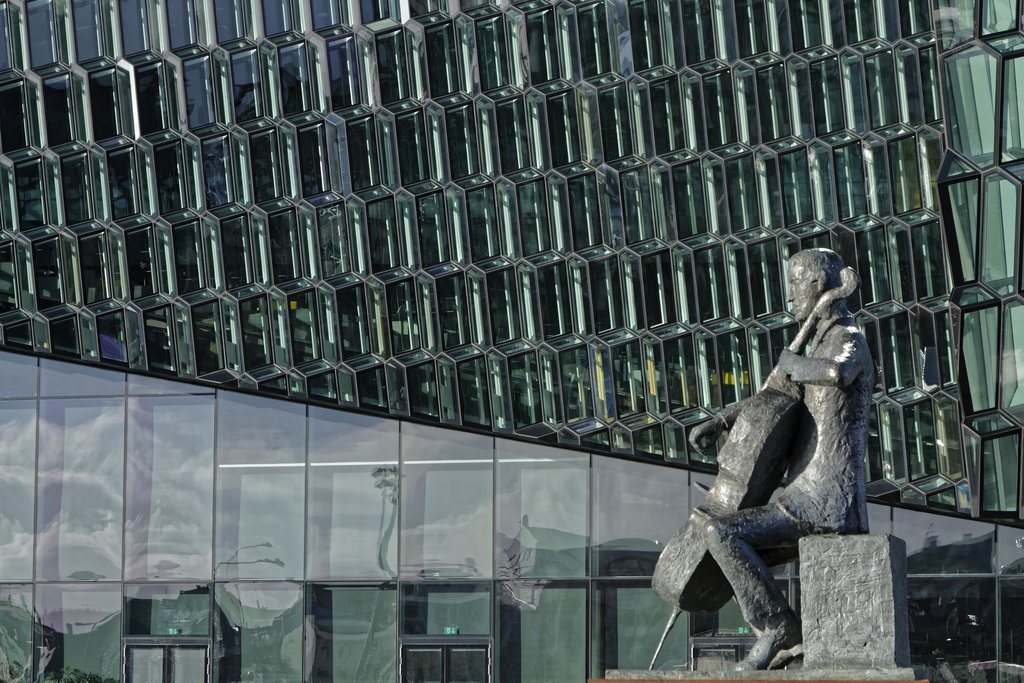 Aldrei fór ég suður, meaning "I never went South," is the Northerners' answer to the music scene. The entire town of Isafjordur in the Westfjords opens up its harbor to artists for the Easter holidays from Thursday to Sunday. Founded by two friends who, over beers, had big dreams of bringing quality music to their home in the remote Westfjords, this festival has a decidedly grassroots vibe, with free entrance and down-to-earth lineup. Recently they've partied in a new warehouse building in the harbor area. 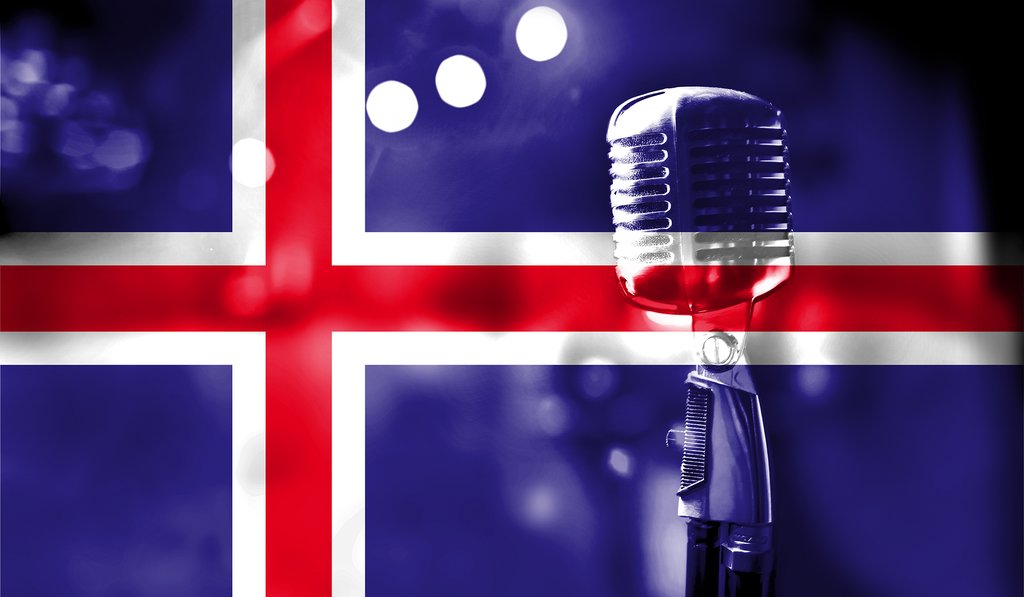 Secret Solstice is a massive music festival occurring in the middle of summer each year. Though relatively new, established in 2014, the festival has splashed onto the international scene with aplomb thanks to the never-ending 96 hours of daylight. Attracting around 8,000 people just its first year, Secret Solstice has welcomed greats like The Foo Fighters and Massive Attack. With six stages and around 150 acts, this is the festival to visit for musical fans.

Iceland goes all out on this special holiday, with fireworks, bonfires and reveries. Businesses are closed, and grocery stores shut rather early. Only a handful of restaurants stay open to attract the tourists who trickle in this time of year. Icelanders will huddle up at home with families for special dinners, then go to the shoreside at Ægissíða to visit the huge bonfire with the rest of town.

Usually fireworks are off-limits in Iceland, but not on New Year’s Eve, when they’re sold by the Icelandic Association for Search and Rescue as a way of funding. There are no rules on how many fireworks you can purchase, or when and where you can set them off so once that clock strikes midnight (and a bit before), Icelanders go all-out with festive sparks and colorful explosions.

With over 250 glaciers, Iceland's famed ice caps draw the crowds. You...

Iceland's culture is deeply rooted in its Nordic region, with a...

Iceland's hot springs are world-famous, as many travelers flock to the...

Many travelers visit Iceland for its unique terrain, volcanic activity,...

As cliche as it sounds, Iceland is truly a hiker's paradise. Large...

Venturing the 162 miles (261 km) to the southern Iceland hamlet of...
Getting Around Iceland

K
Karen A.
Connecticut, United States
"Trip of a lifetime! sigurdur was attentive, and made sure an excursion was rescheduled when it was cancelled due to weather, so we could make sure we got in ..." read more
Traveled to Iceland as a couple in June, 2022

Frank H.
Virginia, United States
"The entire trip was well planned in an excellent, courteous, collaborative working relationship with Preeti. She sought to meet our desires and wishes for..." read more
Traveled to Iceland as a couple in June, 2022

Michelle L.
Minnesota, United States
"Terry planned a fantastic trip for us! My partner just finished 12 years of medical training, and this trip was to celebrate his amazing accomplishment..." read more
Traveled to Iceland as a couple in June, 2022
B
Brandon P.
Virginia, United States
"Amazing trip! Iceland is a magical place full of kind people, great food, and incredible landscapes. We will come back some day is there is still so much ..." read more
Traveled to Iceland as a family in June, 2022

Deann M.
Florida, United States
"Our trip was amazing! I cannot thank Jenny enough for not only picking great destinations but really listening to what we are interested in a building an iti..." read more
Traveled to Iceland as a family in June, 2022

Thomas M.
California, United States
"Preeti was excellent.... everything was memorable couldn't ask for better person to handle everything " read more
Traveled to Iceland as a couple in June, 2022
Create your custom-made trip to Iceland
Get Started