This quick getaway will let you experience the many sides of Costa Rica in just five days. After enjoying an evening in San José, you'll head to Manuel Antonio, a national park boasting some of Costa Rica's most famous white sand beaches and coastal jungles. Hike, kayak, and snorkel until your heart's content before heading home.

Welcome to the land of pura vida! After arriving at Juan Santamaría International Airport in San José, a local representative will meet you and escort you to your hotel. The rest of the day is free for you to explore the country's vibrant capital by yourself or with a guide.

This morning, you'll transfer by car to the Pacific coast at Manuel Antonio National Park, where you'll have your pick of the area's four beautiful beaches (regarded as some of the best in Costa Rica). If you're hungry for more adventure, you can choose to hike on one of the park's many well-marked trails offering close-up vantage points of capuchin monkeys, sloths, and over 200 species of birds. Snorkeling is also accessible from multiple points along the beaches.

In the evening, head to the town of Quepos for dinner. Enjoy the sunset views at Gabriella's over a meal of fresh fish or steak.

Today you'll explore the biodiversity found within the roughly 680 hectares (1,680 acres) of Manuel Antonio National Park. A naturalist guide will point out the more than 300 species of mammals and birds that call the reserve home, including sloths, hawks, iguanas, and several different species of monkeys. You'll also have time stroll and sunbathe on the park's white sand beaches.

After breakfast, you'll have the whole day to enjoy Manuel Antonio's shoreline. This is regarded as one of the nation's most idyllic coastal areas, and you'll start this ocean adventure on a two-person open-seat kayak. The route begins near Pez Vela Marina in Quepos and winds along Manuel Antonio's coastline. There will be time to relax on the secluded beach of Playa Biesanz, where you can go for a swim and enjoy a picnic on the sand. You'll also experience the area's thriving coral reef and marine life during a snorkeling outing just offshore.

Wondering where to eat in Manuel Antonio? Try Arbol Food & Wine. This concept here is based on using seasonal products from Central Pacific farmers and fishermen, so you're only getting the freshest fish around.

It's time to say goodbye to Costa Rica! After breakfast, you'll transfer back to San José by car where you'll depart the airport for your journey home. 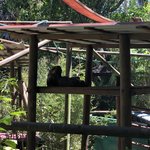 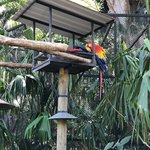 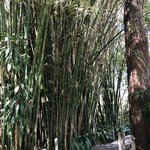 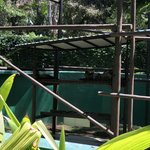 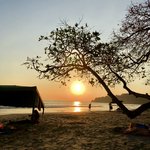 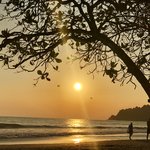 This quick getaway will let you experience the many sides of Costa Rica...

This five-day beach getaway takes you to the heart of Guanacaste...

How Many Days Should You Spend in Manuel Antonio?

Manuel Antonio National Park is a microcosm of many of the things that...

Manuel Antonio is a slice of paradise on Costa Rica's Pacific coast. A...

For sheer diversity, Manuel Antonio National Park has it all:...

Where to Dine in Manuel Antonio

Combine lush rainforests and Pacific beaches on this relaxed, weeklong...

This easy week-long itinerary lets you experience some of Costa Rica's...

This 10-day self-drive itinerary takes you off the beaten path to...

This 9-day self-drive adventure covers three of Costa Rica's most...

Experience a perfect blend of cloud forests and tropical beaches on this...

There are a few great options for getting from the capital city of San...

Because there are no roads in Tortuguero, most travelers will need to...

How to Get from Arenal/La Fortuna to Gulf de Papagayo

When heading from Arenal/La Fortuna to the Gulf de Papagayo, the...
Getting Around Costa Rica

F
Fran D.
Hawaii, United States
"It was very easy to plan our trip with the trip planner. We were able to choose the types of things that we wanted to do like hiking & eliminate those that w..." read more
Traveled to Costa Rica as a couple in February, 2020
K
Kimberley B.
California, United States
"Where to start! This trip was perfection. From the greeting at the airport by an incredibly knowledgeable driver who gave us such insight into the area that ..." read more
Traveled to Costa Rica as a family in March, 2020

Lisa H.
Wisconsin, United States
"We had a great time in Costa Rica. Carlos did an excellent job organizing our trip. All of the hotels were wonderful and check-in was seamless. I am usual..." read more
Traveled to Costa Rica as a couple in February, 2020