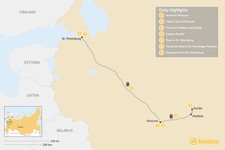 Russia has sometimes been described as a nation of two souls. Moscow represents traditional tsarist Muscovy, with its Orthodox faith and nearly 900-year history—not to mention the legacy of the authoritarian Soviet Union. St. Petersburg speaks to another side of Russia: a nation of intelligentsia, inspired by the Enlightenment. This tour provides an in-depth overview of Russia's contrasting capitals, along with the historic towns of the Golden Ring.

Welcome to Moscow! Upon arrival, you'll be picked up from the airport and taken to your hotel to relax after your flight.

If you're feeling up to it, have a walk around and explore the local neighborhood, enjoy a coffee in an atmospheric cafe or have dinner in a local restaurant. Feel the buzz of the Russian capital and get ready for your adventure.

Day 2: Classic Tour of Moscow, Red Square and The Kremlin

As a newly minted Muscovite, it’s only proper that you get to know your city! We start our day with a general tour of Moscow, taking in some of its best-known streets and sites along the way. You’ll have a chance to see the so-called Stalin Sisters, which were built to compete with New York’s skyscrapers. You’ll take in the Triumphal Arch and the Church of Christ the Savior before heading to New Maidens Convent, Sparrow Hills, Moscow State University, and Luzhniki stadium. You’ll have time to explore some of these sites and you'll have plenty of time for photo stops at all of them. This is all just scraping the surface of this beautiful and always intriguing city. Prepare to be surprised and beguiled by Moscow.

After lunch, it's time for the blockbuster sites of Red Square, St Basil’s and the classic view of the Kremlin from across the river. This morning features one of your trip’s highlights, a tour of the Kremlin. That icon of power, beauty, and majesty. It’s an unforgettable visit to one of the world’s very few medieval fortresses still functioning in its original intended purpose as a center of government, a seat of religious authority, a military base and not to mention an expression of raw power. After lunch, you'll have the afternoon to continue exploring on your own.

After a long day, stop at Vatrushka Restaurant (5 B.Nikitskaya St) which is situated close to Lenin Library not far from the Kremlin and offers traditional Russian menu. The breakfast menu is available here from 8 am to midnight, and on weekends they make wonderful caster sugar doughnuts.

Day 3: From Moscow to Vladimir and Suzdal

After an early breakfast, you will be taken to Kursky railway station to catch an express train to Vladimir (1 hr 40 min).

Vladimir and Suzdal embody the old-world Russia that history buffs dream of. Onion-domed churches rising behind medieval walls, surrounded by traditional wooden peasant cottages and the legendary Russian countryside. These two towns are not to be missed!  You’ll explore monasteries which have remained the same for centuries, see the remains of the Kremlins, and stand in the same place where the terrifying Mongolian army tore down the town gates, bringing the rule of these once independent principalities to a fiery end.

On arrival in Vladimir, you’ll visit the Golden Gates and explore some of Russia’s greatest surviving medieval churches, where you’ll learn about the meaning behind the nearly thousand-year-old sculptures and icons.

On your way from Vladimir to Suzdal (30 min), you’ll also visit the Church of the Intercession on the Nerl, widely considered to be the most sublime and elegant examples of medieval Russian architecture. You’ll then take a short drive through the bucolic Russian countryside to Suzdal where you'll check into your accommodation for the night.

Today you’ll explore Suzdal, one of central Russia’s fairy-tale towns. After visiting the kremlin, you’ll explore the town’s most important sights, including the wooden architecture museum, where you’ll be able to venture inside peasant huts and wooden churches and get a taste for what life was like over a century ago.

Perhaps the highlight of your visit is simply the feeling of being in an almost timeless rural environment, where you’ll feel the pressures of everyday life subside and immerse yourself in the atmosphere of a bygone world.

Transfer to Vladimir railway station to catch the train back to Moscow.

After an early breakfast, take a Sapsan express train to St. Petersburg (around 4 hrs). Upon arrival and check in at your hotel, it's time to get acquainted with Russia’s magnificent, history-haunted, and stunningly beautiful Northern Capital.

You’ll find the mood here very different from Moscow. St Petersburg is Russia’s so-called Window to the West, the Venice of the North. It represents Russia’s European side, with art and architecture inspired by Classical motifs far more than traditional Russian ones. Yet St Petersburg is, in its very “otherness,” a paradoxically Russian city. Home of the Emperors, the cradle of the 1917 Revolution, the City of the Siege, and the hometown of Putin, St Petersburg is embarrassed by the richness of the stories it has to tell. Your general tour of St Petersburg includes the highlights: Senate Square, St Isaac Square and Palace Square, Nevski Prospekt, and the Smolny Institute.

After lunch, you'll visit St Petersburg's original citadel. Still standing guard over the city just as it has done since 1706. Indeed, the city was essentially born here and is incomparably represented in all its highs and lows. From beautiful architecture to the burials vaults of the Emperors, feared prison to bastion of revolution, the fortress has seen it all. You'll discover these highlights and others as you explore this thrilling monument.

Tsarskoye Selo (Tsar’s Village) was so called because many of the tsar’s palaces were located here, outside the former capital city of St. Petersburg. You’ll visit the stunning 18th century Catherine Palace and Park with the famous Amber Room.

After lunch visit the Hermitage Museum, housed in the former Winter Palace and see one of the world’s greatest collections of art and artefacts amid the glory of the Romanov dynasty’s palace.

It's time to say goodbye to Russia for now! After breakfast, you will be taken to Pulkovo Airport to catch your flight home. 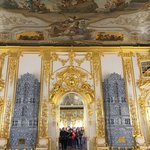 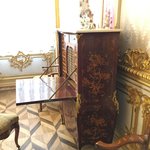 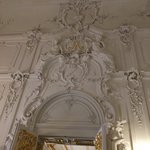 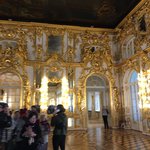 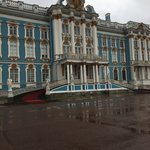 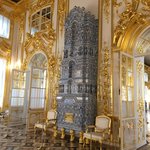 Autumn is short in many parts of Russia, and by late October you can...