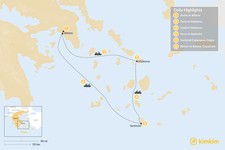 This excursion takes you through the major highlights of the country's capital and two of its most popular islands, all in a 6-day timespan. In Athens, you'll visit the iconic Parthenon constructed in 438 BC, then go souvenir shopping at the bustling Monastiraki flea market. In Mykonos and Santorini, you'll lay on famous beaches, explore agricultural villages, eat fresh cuisine, and of course watch the sunset.

Welcome to Greece! You'll begin your trip in Athens, home to the iconic Acropolis. The mythology of this spectacular city precedes it, with towering temples, classical deities, and the ruins of ancient marketplaces rubbing shoulders with lively nightlife, crowded flea markets, and contemporary cuisine. Make the most of your time in the city at some of these spots:

In the evening, you'll sit down to enjoy one of the two: a welcome dinner with views of the Acropolis or wine tasting in a bar in downtown Athens.

Today you'll travel from Athens to Mykonos, one of the most famous islands in the Cyclades chain. Known for its glitzy restaurants and nightlife, art scene, and jet-set crowds (it was recently home to a Gucci pop-up boutique), Mykonos will throw you headfirst in an island adventure.

Your first day's itinerary is up to you. You'll receive a personalized list of tips for exploration, but some highlights include:

Today, you'll sneak away from the cosmopolitan side of this island to discover Mykonos' authentic heart, touring charming villages, little harbors, and remote beaches with your expert guide. You'll start with a panoramic viewpoint of Mykonos Town to capture the perfect 360-degree shot. Then head to the port of Agios Ioannis, a protected harbor where fishing boats now launch. Hear the stories of its namesake saint like the church dedicated to him and the cell he was held in, which is now home to an annual festival.

Next, you'll go through the island's agricultural and livestock country, past cultivated fields and animals grazing. At Ano Mera village, you'll explore a farm with its superintendent and even have the opportunity to help out with some farm work or say hi to the animals. You'll also sample a light lunch with products grown right in the fields. After lunch, the colorful village square awaits, where you can tour the monastery and shop at the open-air market.

From there, the shores of Kalo Livadi, Kalafati, and Aghia Anna await your camera lens as you pass them on your way to the island's site of former mines. The now-abandoned structures used to mine lignite from the island's soil. Wrap your tour on the picturesque narrow streets of Mau, home to the Mykonos dam.

The evening is yours to spend as you will, whether it's relaxing by the sea, winding away the hours with a sundowner in Little Venice, or dancing the night away on the boardwalk of Paradise Beach.

After breakfast at your hotel, you'll get an early ferry to Santorini. Nothing says "good morning" like watching the sun coming up over the island's iconic cubic architecture. Upon arrival, you'll take in the island's central caldera—the site of one of the largest volcanic eruptions in history—rising above you.

The island's volcanic history has led to the formation of some of the more unique beaches in the Greek islands, along with the dramatic cliff views on the Mykonos' caldera side. Spend your day relaxing at the beach or catching some exercise—and even more views—from one of Santorini’s more than 12 scenic walking routes, ranging from between two to eight miles each.  At dinner, sample the island's signature cherry tomatoes and white eggplants as guest stars in seafood dishes or the main event.

Enjoy a leisurely breakfast before taking some time to stroll and scope out small shops and boutiques. Explore Fira, the capital of the island, which offers up plenty of museums to visit. History buffs will be delighted by the proximity to the Archaeological Museum of Santorini, the Museum of Prehistoric Thera, the Folklore Museum of Emmanuel Lignos, and the church of Hypapante.

As the late afternoon unfolds, you'll head toward Vlychada Port to board your semi-private catamaran cruise around the island. Your first stop will be at the Red Beach to swim and enjoy the sun, followed by a second stop at the White Beach to take in all the distinctive-colored sands of Santorini.

Barbecue will be served on board while you sail past landmarks like Aspronisi, the Ancient Lighthouse, Indian Rock, and the prehistoric city at Akrotiri, hidden away at the southern tip of Santorini. The ruins of Akrotiri are the site of some of the Bronze Age’s most advanced settlements, which prospered for centuries before being destroyed by a great volcanic eruption in the mid-second millennium BC. Top it off with a jump into the hot springs at Nea Kameni, where the mineral-rich volcanic waters are believed to have therapeutic properties.

It's time to say farewell to Greece! Savor one more breakfast in Santorini before your transfer to the airport or your ferry to begin your journey home. 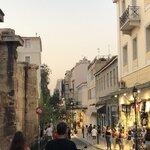 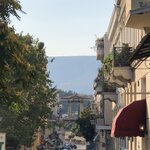 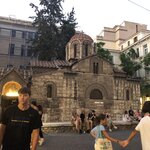 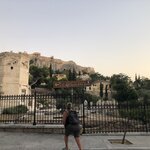 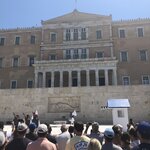 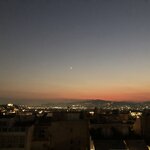 Does your vacation truly count if you don't get at least three months of...
Greece 6-Day Tours & Itineraries

Getting Off the Beaten Path in Mykonos

Greece is an outdoor haven perfect for an active trip. With mountains...
Best of Mykonos

Santorini is always a good idea, whether you are visiting in fall or...
Best of Santorini